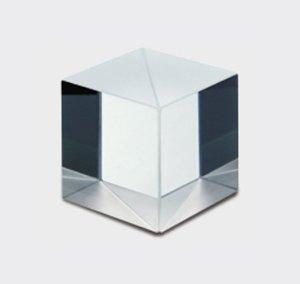 Beamsplitters are used to split or combine beams of light. Plates are used for most laser applications as they exhibit low absorption. Cubes are a convenient, protected form for low power applications. The performance of a beamsplitter is mainly dependent on the coating specifications. 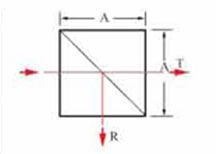 A polarizing beamsplitter (PBS) or polarizing beam splitting prism, is an optical element for separating horizontal and vertical polarization of light. 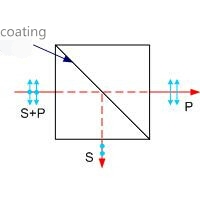 It should be noted that the working effect of the polarization beam splitting prism, is wavelength limited. Further, PBS is only an element for roughly selecting polarization, and if the precision demand of polarization is high, a Glan Thompson Polarizer or the like can be used. 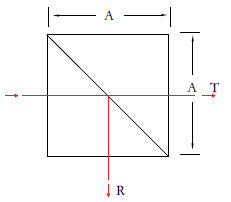 The optical coatings have been designed to hold both the s and p-polarization components to the same ratio of reflection-to-transmission over a specific laser wavelength region. This means that they will not change the state of polarization of the incident beam. All input and output surfaces are coated with a high efficiency anti-reflection coating.

Photonchina can provide both narrow-band and broadband NPBS.