Customers of Photonchina are suggested to make clear of all necessary specifications before buying optics from flat optics such as prisms, windows, mirrors to various kinds of spherical and cylindrical lenses.

The following information has been key aspect of production, which should be indicated beforehand by our customers, according to their own applications. 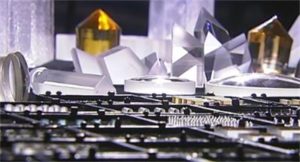 The first and foremost item to consider is the optical material.

Important factors of a material may include homogeneity, stress birefringence and bubbles etc. Optical materials can vary in hardness, making manufacturability difficult and processing cycles possibly lengthy. All of these affect product quality, performance and pricing.

The typical materials for flat optics, for instance, are BK7, Borofloat and fused silica, whose characteristics are relatively stable. Crystal materials like BBO, LBO, on the other hand, require careful handling and special processing techniques, as they can easily stain or may be sensitive to environmental changes, such as temperature and humidity.

Keep in mind that often, equivalent material types can be used interchangeably. Some engineers will document a specific material (e.g., Schott’s N-BK7), whereas others may state a preferred material and add equivalent to their specifications. Having this option may shorten lead times and even decrease pricing to some extent.

The popular materials available are here.

Size, in conjunction with other specifications, will dictate the best processing method, along with the size of equipment to use. Although flat optics can be any shape, round optics seem to achieve the desired specifications more quickly and uniformly. Overly tightened size tolerances can be the result of a precision fit or simply an oversight; both have an adverse effect on pricing. Bevel specifications are at times overly tightened, also resulting in increased pricing.

Surface quality is influenced by cosmetics, also known as scratch-dig or surface imperfections, as well as surface roughness, both with documented and universally accepted standards. Both the MIL-PRF-13830B and ISO 10110-7 standard are commonly used throughout the world. 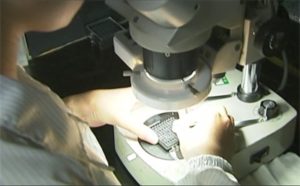 Scratch-dig is represented with two numbers (e.g., 20-10) that generally fall into predetermined sets, such as 20-10, 40-20, 60-40, etc. The first number is arbitrary and denotes the scratch appearance, best matched to a calibrated standard. The second number refers to the dig size, which is designated in 0.01-mm increments. Scratch-dig values of 80-50 and above refer to commercial quality, 60-40 refers to general optics quality, and surface qualities of 20-10 and 10-5 are utilized more for laser optics and high-end optics applications. Lower numbers mean a higher level of precision and increased pricing. Keep in mind that, as the area of a part increases the difficulty, achieving a higher level of precision for scratch-dig increases difficulty at an even greater rate.

The inherent inspector-to-inspector and vendor-to-customer variability makes it difficult to correlate scratch-dig between them. While some companies try to correlate with aspects of their customers’ inspection methods (i.e., lighting, viewing the part in reflection vs. transmission, distance, etc.), many more manufacturers avoid this pitfall by over inspecting their products by one and sometimes two levels of scratch-dig better than the customer has specified.

Flat optical components such as quartz waveplate, filters, plate beam splitters, wafers and windows are required to be of very high parallelism, whereas prisms and wedges are intentionally wedged. Both the method of grinding and polishing and the operator’s skill play an important role in the manufacturer’s ability to achieve the parallelism specs. For parts requiring exceptional parallelism (< 1 arc second) and transmitted wavefront (< 1 wave), Photonchina has a very good track record in meeting or even exceeding customer’s strict requirements. Parallelism can be easily measured using an interferometer.

Wedges and prisms require angled surfaces at demanding tolerances and are usually processed via a much slower process using pitch polishers. Pricing increases as angle tolerances become tighter. Wedge is specified in degrees, minutes and seconds, and occasionally it will be stated as a thickness measurement at the parts’ thin edge, thick edge or center. Wedge-angle tolerance of several arc seconds falls into the higher level of precision, whereas tolerances of minutes or degrees fall into the medium and looser levels of precision. Typically, goniometer, an autocollimator or a coordinate measurement machine is used for wedge measurements.

The terms used for specifying reflected wavefront and transmitted wavefront are optical in nature – waves and fringes (half-wave) – but on rare occasions, surface flatness may be specified as a mechanical callout in microns (0.001 mm). It is important to distinguish the difference between two commonly used specifications: Peak to Valley or P-V and RMS. Peak to valley is the maximum measurement and the worst-case scenario, taking into account the difference between the surface’s lowest and highest points. It is by far the most widespread flatness specification used today.

P-V is expressed as a ratio of a set wavelength, as shown in the table below. When expressed as a fraction, a higher denominator indicates better quality.

A more accurate measurement of surface flatness is RMS (Root Mean Squared), as it takes into account the entire optic and calculates deviation from the ideal form. Traditionally, optical flats have measured surface flatness in fringes; today, however, laser interferometers at 632.8 nm measure most optical components.

The clear aperture, also known as the usable aperture, is important. Normally optics are specified with an 85 percent clear aperture. For optics requiring larger clear apertures, attention must be taken during the production process to extend the performance area closer to the part’s edge, making it more difficult and costly to fabricate.

Optical coatings are generally applied as a combination of thin film layers on optical components to achieve desired reflection/transmission ratio. Important factors that affect this ratio include the material property used to fabricate the optics, the wavelength of the incident light, the angle of incidence light, and the polarization dependence. Coating can also be used to enhance performance and extend the lifetime of optical components, and can be deposited in a single layer or multiple layers, depending on the application.

The spectral performance and other key characteristics of optical thin films are determined by the structure and number of layers in the coating, the refractive indices of the materials used, and the optical properties of the substrate.

The structure of most coatings resembles a series of discrete alternating layers of high index and low index materials. Different arrangements of stack structure result in different types of coatings (e.g., Bandpass vs. BBAR). Fine tuning of layer thicknesses and refractive indices is done to optimize performance characteristics in the wavelength range of interest.

The image below illustrates several important optical parameters related to an optical lens. The focal point, which is unlabeled, is the point on the optical axis where light converges. The lens’s focal length is the distance from the lens to this point, as indicated in the image. A positive lens has a positive focal length, while a negative lens has a focal length less than zero. 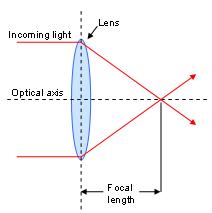 Such as radius of curvature, surface height, optical center, and lens thickness — are important to indicate when selecting a lens.

Photonchina has an extensive line of optical lenses includes cylindrical, spherical, aspheric, achromatic, and micro c-lens, with and without antireflection coatings are all available. Customer may choose from a variety of substrates, including N-BK7, UV fused silica, calcium fluoride, silicon and more.

Quantity has a crucial role to play in the pricing when customer placing an order upon Photonchina.

For the most part, the smaller the quantity, the higher the unit price would be and vice versa. Quantities too low may involve lot charges, as a group of components may need to be processed to properly fill and balance the machine to achieve the desired specifications. The goal is to maximize each production run to amortize manufacturing costs over the largest quantity possible. Although the same optical component can be made using different processing methods, the dominant one is usually determined by the quantities and specifications.